WE REMEMBER 1984 - MASSACRE BLUESTAR - THE THIRD GHALUGHARA - WE CARRY ON 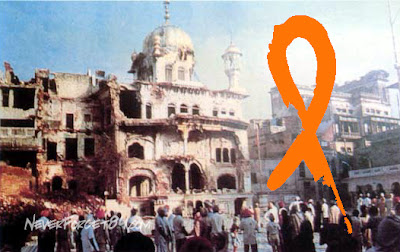 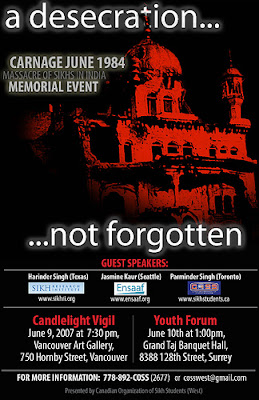 There is a vigil in Vancouver, British Columbia, Canada on June 9
And a youth rally in Surrey the next afternoon

This is Suni. I will be writing this post. I am preparing for my wedding later this month, but this is important enough to be to take the time for this post on our blog.
Mai, as you may know, is very ill and we are quite protective of her. Right now she is both physically and emotionally exhausted and I have ordered her Kaurs to see to it she gets some rest. She had planned today to post pictures of the various marches around the world along with the last verse of The Chimes of Freedom. I'm afraid I lack her skill and style, but I'll do what I can. If I have done anything wrong here, please contact me and I will try to correct it at once.

Here is one link she asked me to put in. It is the story of a family who willingly sacrificed their lives at Harimandir Sahib during Massacre Blue Star. 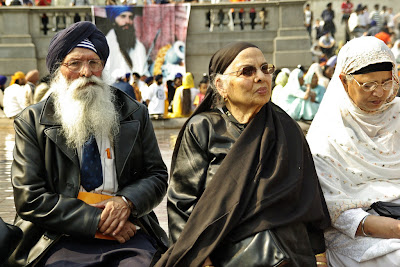 Starry-eyed an' laughing as I recall when we were caught

Trapped by no track of hours for they hanged suspended

Spellbound an' swallowed 'til the tolling ended

Tolling for the aching ones whose wounds cannot be nursed

For the countless confused, accused, misused, strung-out ones an' worse


An' for every hung-up person in the whole wide universe

An' we gazed upon the chimes of freedom flashing. 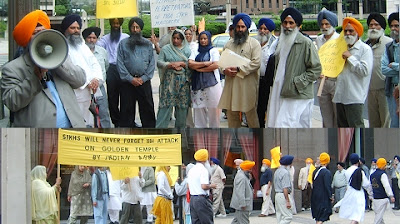 Posted by Suni at 3:23 PM No comments: Links to this post