'They've Forgotten And Moved On'

To All my Cyberfriends and Family:

For the next week or so I will be very busy with Bluestar/ Third Gallaghura activities and will not be readily available. If you do not see me online or if you see a 'do not disturb' red ball on chat, do not worry about me; I am fine, just very busy. Please respect the red ball if it is there unless you have a real emergency. Send an email and I will respond as soon as I can.

I am sending this out individually instead of in one mailing as I know many of you prefer to keep your addresses private.

All of you, please take care.

Talk to you later. 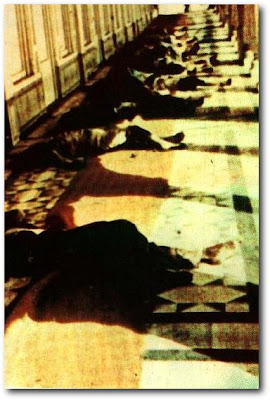 Most of the replies I got were along the line of 'yeah, sure, I understand, no problem.' One I got, however, I found very disturbing:

This response made me angry and I had no intention of continuing the correspondence. But a few days ago, he sent an e-mail and I decided to let him know that he was out-of-bounds, as he didn't seem to realise he'd done anything wrong. (OK, I do tend to give people the benefit of the doubt. I sent him a copy of my note and his response and told him simply that his laughing was highly offensive because 'some things just aren't funny.'

I received this response: (I have changed the form a bit because his style of writing is distinct, and I didn't ask for his permission to reprint it. but it is exactly what he wrote. Highlighting is mine.)

OK, see, this is a very old e-mail, so I don't exactly remember why did I write this... 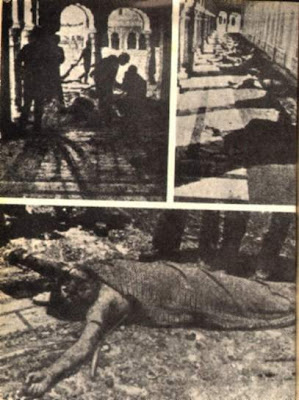 of your obsession with this Bluestar phenomenon...

As such we here [in Amritsar] didn't observe any such day...and you are so far away...not even a citizen of ours considers it important...so I may have laughed...laughed not at the deaths of innocent people...but of your attitude of bringing this thing up every now and then

or maybe I laughed to see that red balls thing you wrote about being busy...

But as I write I am more convinced it was the former one...

But no offence meant...

Mai, you need a break really about this Bluestar thing...because where it happened...those who suffered...those who were at the forefront... they've forgotten...and moved on... 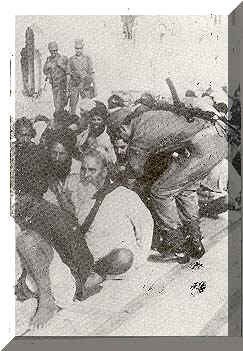 I saw just today a report on NDTV...couldn't find you a link...They showed how children of former terrorists are becoming doctors and engineers...

Now you take care of your health, OK?

Remember, this is a letter from AMRITSAR. Is it really possible to ignore this bloody massacre in our capital city? Have those demons running the Indian government really done their work so well that this young generation can pretend it never happened and believe that the people it happened to have 'forgotten and moved on'?


And this young man hasn't an inkling that his whole response is insulting and condescending and offensive in the extreme.


I am publishing this because I think it is important that we have some understanding of the young Hindus today in the Punjab. This deluded young man thinks he is our friend. He has even sent me snaps of himself with arms draped over the shoulders of his turbaned Sikh friends. If this is the attitude the sympathetic ones, one can only imagine what the majority think.


I am sorry to post something so offensive, but I think we need this kind of information. To anyone I have offended, please accept my apology in advance.
Posted by Mai at 9:16 PM 3 comments: Links to this post

Here is what it said: 48 people responding:

WHAT IS YOUR OPINION OF KHALISTAN?

It is vital to the survival of the Sikh people/nation/religion.
23 (47%)

You are terrorists, potential or actual.
2 (4%)

So what do I make of this?

There were many more respondents than I expected. In the Khalistan part, there were 49 answers, so someone answered two of those answers, which is fine.

I was very surprised that only two people thought we were terrorists; I guess those in the Indian government weren't voting!

Twice as many thought we are crazy; I expected more there, as that seems to be a fairly common reaction to the idea of Khalistan.

The real surprise to me was the last two question. That was 33 Sikhs to 4 non Sikhs or about 8 to one. That didn't surprise me as I know some from both groups read here now and then. What intrigues me is that 33 + 4 = 37. I wonder about the other 11. It doesn't really matter, of course, but I am curious. My mind just works that way.

Remember, there is nothing scientific about this poll, it is only to satisfy curiosity. In my new poll, I'll try to find out about some demographics.
Posted by Mai at 3:34 PM 3 comments: Links to this post