Take a good look at this picture.  This is what a friend of the Sikh people looks like.  Mr. Jack Layton, Leader of the NDP. 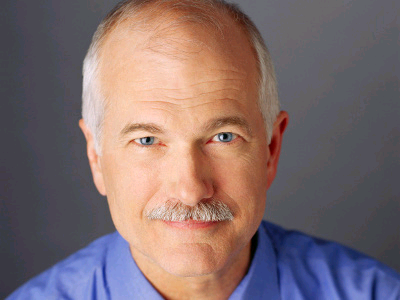 In the midst of this time of remembrance, we have gotten a gift of sorts from Jack LayTon, Leader of Canada's New Democratic Party - NDP (my party, if anyone's interested).  I am reproducing his statement below, courtesy of SAN (Sikh Activist Network).


I ask all my Canadian readers to please call him at 416-405-8914 to thank him for taking this bold, courageous step on our behalf.  Even if you aren't Canadian, I think a Thank you would be most appropriate.


I also suggest you consider joining the NDP.  That is a "Thank you that would be most appreciated. 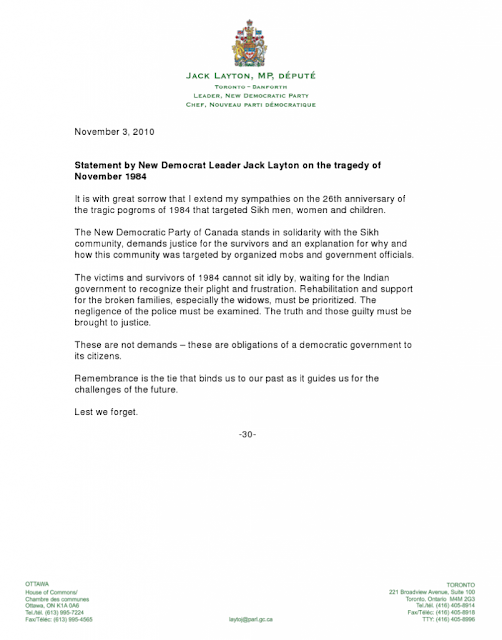 
Here ios a transcript of the statement which can be copy/pasted if anyone wishes to do so:
November 3, 2010

Statement by New Democrat Party Leader Jack Layton on the tragedy of November 1984
It is with great sorrow that I extend my sympathies on the 26th anniversary of the tragic pogroms of 1984 that targeted Sikh men, women and children.

The New Democratic Party of Canada stands in solidarity with the Sikh community, demands justice for the survivors and an explanation for why and how this community was targeted by organized mobs and government officials.

The victims and survivors of 1984 cannot sit idly by, waiting for the Indian government to recognize their plight and frustration.  Rehabilitation and support for the broken
families, especially the widows, must be prioritized.  The negligence of the police must be examined.  The truth and those guilty must be brought to justice.

These are not demands - these are obligations of a democratic government to its citizens.

Remembrance is the tie that binds us to our past as it guides us  for
the challenges of the future.

Lest we forget.
Posted by Mai at 9:10 PM 4 comments: Links to this post