It appears that the report of a few days ago was in error. According to United Sikhs, a group I highly respect, the school boy not only did not threaten anyone with his kirpan, but he himself was the victim of bullying. Nevertheless, the Sikh boy is the one suspended from school with no investigation on the part of the authorities.

Is this yet another example - this time in my hometown of Montreal - of a Sikh student being bullied with no consequences to the bullies?

I am personally breathing a sigh of relief that, as far as I can ascertain, this was not the disrespectful misuse of the kirpan by a school child. However, I think we need to face the possibility, even the probability that some hot-headed Sikh student will be pressed past the point of his/her personal endurance and actually does pull a kirpan on a fellow student, albeit a bully. I remember a time in elementary school when I was bullied, the teachers refused to stop it and my bully ended up with a broken arm, courtesy of me. Fortunately, I was a very cute little girl and the bully was a very mean kid actually known as Billy the Bully; he got in trouble and I was exonerated of any blame. The only weapon I used, however, was my own body and knowledge of how to protect myself.

But considering the use of the kirpan, how should we react? Is there anything we can do proactively as a community to prepare to handle such a situation and protect the legal protection, very hard won, to carry the kirpan? 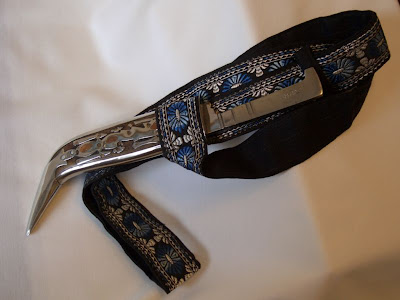 I will point out that the misuse of the kirpan has precedence. I think of the disgusting, disgraceful display in Punjab a while back, and the equally disturbing disputes in gurdwaras degenerating into violence. These are very bad examples that we adults are setting for our children. Remember, elders, our children are watching and learning from everything we older Sikhs do. We need to look to our own behaviour, as well.


Montreal, Quebec, Canada: A thirteen-year-old Sikh boy was suspended from school on September 11th after being accused of threatening another student outside school with his kirpan (a short steel or iron blade that is carried as one of five articles of faith). The school in Le Salle suspended the Sikh student without properly investigating the matter, as it has become apparent that multiple independent eye-witnesses to the incident confirm that the Sikh boy never touched his kirpan. UNITED SIKHS is assisting the family by working with local Montreal Sikh community activists and eminent human-rights lawyer Julius Grey to have the Sikh boy's suspension lifted and also to thwart incorrect media reports which have misreported the incident and are using it to reignite the debate about the kirpan in Montreal schools.

The incident occurred when a few students, including the Sikh boy, left school for lunch. Two boys followed the students and began taunting and bullying the Sikh boy, as they have on numerous occasions in the past. When the Sikh boy was adjusting his loose pants, the bullies notice the boy's kirpan, which was securely wrapped in a long cloth and had multiple rubber-bands around it. Upon returning to school, the Sikh boy and another student reported the bullying incident to their teacher, who responded that she would investigate the matter, but did not have time today. Shortly thereafter, police arrived at the school and began questioning the Sikh boy. It is believed that the bullies reported that the Sikh boy threatened them with his kirpan to their mother, who in turn called the police. The Sikh boy was suspended by the school for an indefinite period of time, and police have yet to file any charges.

Assuming the allegations against the Sikh boy were true, the Montreal Gazette, among other news agencies, reported that the incident "raises questions about [the] court ruling," referring to the Multani decision in which the Supreme Court of Canada upheld the right of Sikh children to wear the kirpan to school in 2006.

Commenting on the school commission's hasty decision to suspend the boy without investigating the incident, Julius Grey, the lawyer representing the family stated, "It appears that there is no substance whatsoever to these claims, and I am shocked at the cavalier way the [Sikh] boy has been treated when in fact independent witnesses confirm these allegations are false. This is an attempt to undo the kirpan case [Multani] without any legitimate reason."

Initially concerned that the allegations were true, UNITED SIKHS contacted the family who were already receiving assistance from local Sikh community activists involved with the Multani case in 2006, including Chattar Singh, Kiranpal Singh, and Hardev Singh. After speaking with those involved and determining that it was necessary to take immediate action, we contacted Julius Grey, who held conference with the family, representatives from the local Sikh community, and UNITED SIKHS on Friday and immediately issued a letter to the school demanding that the Sikh boy be allowed to return to school.

The school, citing formal notice from Sikh student's attorney, cancelled a meeting with the Sikh student's parents and stated that they will need to meet internally about the matter. "What is particularly troublesome about the school's reaction to the bullying incident is that school officials have allowed their prejudices against the kirpan to override their duty to properly investigate this serious matter. The same prejudices are now hindering them from allowing the Sikh student back in school after independent witnesses to the incident have come forward showing that the allegations are false," remarked Jaspreet Singh, Staff Attorney for UNITED SIKHS.

Commenting on the incident, Manjit Singh, Director of Chaplaincy Services, McGill University and one of the advisors to the family stated, "The reason why our community is being treated in such an inconsiderate manner by the school is because the education system in Quebec previously only focused on the Judeo-Christian tradition with the result that those people in decision making roles do not have an understanding of Sikhism. That is our challenge."

The father of the accused, Kamaljeet Singh, expressed distress at his son's suspension stating, "My son's education is suffering because of these false allegations. Wearing the kirpan is taken very seriously and it is preposterous that my son would threaten anyone with this most important article of faith. My son keeps asking me, what did I do to deserve this? I don't have an answer."

You may read a previous press release on a discrimination case assisted by UNITED SIKHS at: http://www.unitedsikhs.org/PressReleases/PRSRLS-11-09-2008-00.html

Posted by Mai at 2:28 PM No comments: Links to this post