"Now The Sun Has Come To Earth... - The Legacy Of Hiroshima And Nagasaki

WARNING: THIS POST CONTAINS A VERY DISTURBING PHOTOGRAPH OF DEAD BODIES FROM THE HIROSHIMA BLAST. IF YOU CAN'T TAKE IT, PLEASE GO READ SOMETHING ELSE. BUT I SINCERELY HOPE THAT YOU LOOK AND SEE AND THINK AND FEEL AND UNDERSTAND. AND WAKE UP.


Sixty-three years ago today, the United States of America committed what is arguably the most serious war crime in history:

The sun is burning in the sky
Strands of clouds go slowly drifting by
In the park the lazy breeze
Are joining in the flowers, among the trees
And the sun burns in the sky 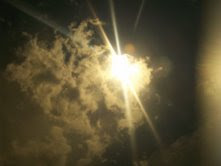 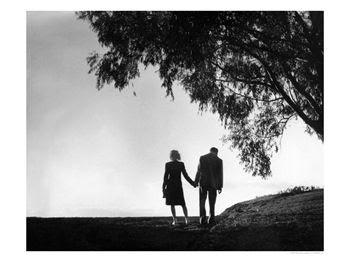 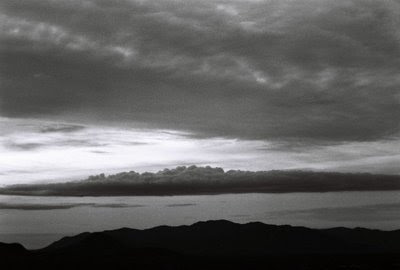 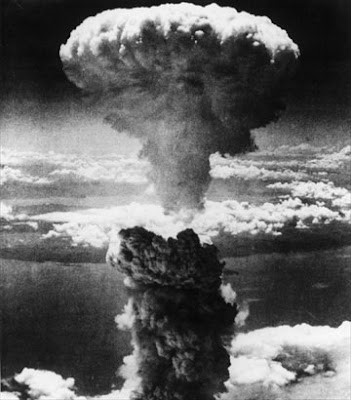 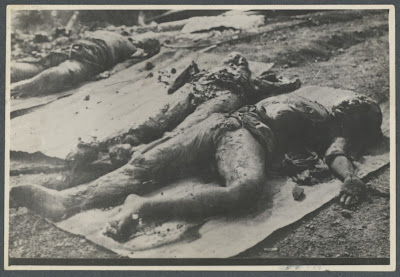 Lyrics: The Sun Is Burning
Recorded by Simon and Garfunkel
Please check out this website: Hiroshima And Nagasaki Remembered
The top picture was taken by my little sister Lindsey Bush before a tornado in Ohio.
The mushroom cloud picture is the actual photograph of the atomic cloud over Nagasaki 9 August 1945.
The final picture is from the Robert L. Capp collection of ten photographs of the immediate aftermath of Hiroshima. For more information go to Atomic Tragedy.

This article from 'tv news lies'

THE BOMBS OF AUGUST: IN REMEMBRANCE OF HIROSHIMA AND NAGASAKI

Written by Reggie
Monday, 04 August 2008 14:36
On August 6 and 9, 1945. After six months of intense firebombing of 67 other Japanese cities, the nuclear weapon "Little Boy" was dropped on the city of Hiroshima on Monday, August 6, 1945, followed on August 9 by the detonation of the "Fat Man" nuclear bomb over Nagasaki. These are to date the only attacks with nuclear weapons in the history of warfare.

In Remembrance of Hiroshima and Nagasaki

I was so proud to be an American that day because we had done something so remarkable. They said we were the first. We were Americans. We were powerful. But they didn’t say that Little Boy had killed 66,000 people with its huge fireball that fateful day in August. They didn’t say that Hiroshima was not a military target, but a city filled with men and women and children and animals who had no idea they were about to die so horribly. When you’re ten, they don’t always tell you everything.

I don’t think anyone made as big a fuss over the second plane, or its crew. Are they even in the Smithsonian? Second best doesn’t count, I suppose, but I remember wondering why they had done it again. Wouldn’t the war be over anyway, like they said? Weren’t the boys coming home very soon? Hadn’t they already showed ‘em how strong we were in Hiroshima? So they told me that the second bomb was called Fat Man, and that made me smile.

So I was even prouder to be an American that second day. They said this would be the end for sure, and after all, these people were the enemy and you kill the enemy when you can. But they didn’t tell me that Fat Boy had killed 39,000 human beings with another fireball on another day in August. They didn’t tell me that Nagasaki was not a military target, but a city filled with…well, you know. They didn’t even tell me that there were horses trapped in the flames of Nagasaki, because I loved horses and that would have made me sad. But when you’re ten, they don’t tell you everything.

Today I’m no longer ten, and I am no longer happy when bombs fall. And the names Fat Man and Little Boy no longer make me smile because I now know the devastation and horror of burned bodies and twisted metal that result from the mushroom clouds. And I am ashamed that on this day Americans don’t stop to remember what was done. And I am horrified that my government has just killed thousands of defenseless men and women and children and animals who were not the enemy, and that the silence of America is deafening.

Today, I am so very sad that many young people don’t even know about the Enola Gay and the mission of its crew. And I am so terribly ashamed that the war we have just waged has been so devoid of the reality of death and pain. They haven’t told us about the thousands of civilians they have killed. They haven’t shown us the devastation they have caused. They withhold the true numbers of our own military who die each day. They never mention the hundreds who have been terribly wounded. War is surgical and sanitized, they tell us, and a very effective way to liberate people. They speak to us as if we all were ten.

George W. Bush is not ten. He has announced to the world that he, as the leader of this great nation, has the right to use nuclear weapons once again. This time, he says, he has the right to char men and women and children and animals if he “suspects" their leaders of being a threat to us. He is not ten. He really isn’t. Then why is he so very happy? And why, please tell me, is he still smiling?

These women's cry of "We're not going anywhere!" reminds me of an old Bob Dylan song:

Genghis Khan
He could not keep
All his kings
Supplied with sleep
We'll climb that hill no matter how steep
We still ain't goin' no where
Whoo-ee! Ride me high
Tomorrow's the day
My bride's gonna come
Oh, oh, are we gonna fly
Down in the easy chair!

The Langar Hall, a really great website dedicated to the open discussion of all things Sikh, alerted me to this situation. Here are some Sikh sisters who seem to have found their voice! I do have a question, however. Why were the women late in registering to vote? Were they not allowed to register, did they not realise they needed to register, did they just not bother to register, or was something else going on? I do notice that Jagbir Singh says
"This is the first year we have ever had women voting at the temple ..."
How incredibly shameful for a religion that is proud of its teaching of gender equality.
And what is it with all those mona Sikhs in that picture? I really want to see some turbans.
Clearly the factionalism that is so prevalent in our gurdwaras is at play in this situation. Do we really need to have shouting matches in public? (At least, it's better than those sword fights, a la Punjab.)How does this make us look to the public at large? When will we grow up?
From Mail Online:


Dozens of police in riot vans were called to a disturbance at a Sikh temple - after women were denied the right to vote.

Trouble flared when 79 women were refused entry to vote in management elections at Bristol Sikh Temple on Sunday morning.

Worshippers began jostling each other and a pack of women surrounded a man's car and attempted to roll it over. 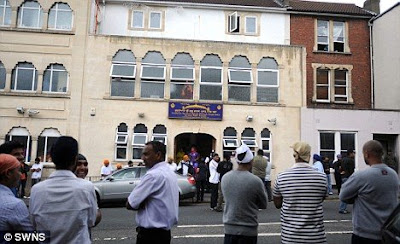 Six riot vans were dispatched to close the road in Fishponds, Bristol, and one man was arrested and cautioned for a public order offence during the seven-hour stand-off.


Voting finally finished at 4pm and resulted in three women being voted onto the management committee for the first time in the temple's history.


Shopkeeper Paul Mathew , 52, who runs J and V Fine Foods 50 yards from the temple said: "It was terrifying. There were skirmishes and people pushing each other.


"A man caused trouble inside the temple then it spilled out onto the street.


"Women were blocking his car and trying to push it over while he was still inside clinging to the steering wheel.


"It was very frightening. People were jostling and using threatening words to each other.


"Women were shouting abuse at men and they were retaliating but I couldn't understand it because it was in their own language." The dispute centres on two warring factions in the temple's 650-strong membership over whether women should take part in elections.


The situation came to a head when 79 women turned up to vote on Sunday morning.


Their opponents said they were not entitled to vote because they had not registered in advance.


Voting was due to start at 10am but it was delayed until midday when Chief Inspector Rob Dean of Avon and Somerset police arrived to mediate between the two sides.


One frightened elderly neighbour who watched the drama from her living room window said: "I saw a crowd of mainly women and children stood on one side of the road and men on the other.


"They were fronting each other up and shouting abuse across the road. The women were screaming 'we're not going anywhere'.


"It was really quite heated and there was a big scuffle of people that looked like it was going to turn nasty.


"There have been rows before that have spilled out onto the streets form the temple but never as big as this one."


The fracas ended at around 5.30pm and when votes were counted three female candidates Anita Kaur, Sheila Kaur and Narinder Kaur, were elected to the management committee for the first time.


Temple spokesperson Satjeevan Kaur said the election was an historical moment for Sikh women in Bristol.


She added: "We are going to be equal to men and to make decisions equal to the men.


Jagbir Singh, 51 from Horfield, is a committee member at the temple and has been involved with it since 1977.


He said: "This is the first year we have ever had women voting at the temple but now a lot of extra women have come down at the last moment, after the end of the agreed time period for registration.


"A lot of time and effort has gone into this and it's been done very fairly." Chief Inspector Dean said: "The elections were delayed for a variety of reasons and we have been involved in trying to help both parties through the negotiations.


"There are allegations of malpractice on both sides and our issue is to ensure that it doesn't come to violence.


"There are 650 registered members at the temple and, while this isn't an issue of the community against the police, there are two factions of the community here who can't reconcile their differences."