The Butcher of Punjab Gets Audience at UN

PunjabNewsline.com - The Butcher of Punjab Gets Audience at UN 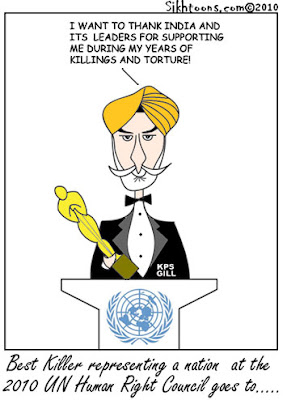 CALIFORNIA: Interfaith International, an NGO with consultative status
with the Economics and Social Council of the United Nations (ECOSO),
has accredited 17 Indian citizens to represent India at the 13th
Session of Human Rights Council in Geneva this month. 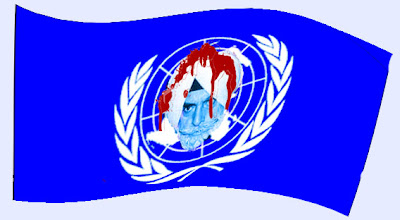 One of those 17 is KP Gill, known as "the Butcher of Punjab," because
of his gross violations of Human Rights, including the fake-encounter
killings of Sikh youth.

The inclusion of KPS Gill, a former Director-General of the Punjab
police has shocked many Sikhs.

In addition, it is said he participated in abduction, torture,
persecution and the eventually killing of Sardar Jaswant Singh
Khalsa, the Human Rights Activist from the ruling Akali Dal-Badal
party. Gill murdered hundreds of thousand of Sikhs youth during his
tenure with the Punjab Police. Punjab was occupied by india in 1947.

KPS Gill was also appointed a 'Special advisor' to Narendra Modi, who
carried out the genocide of Muslims of Gujarat in 2002-2003.

A group of California Sikhs have written to Madam N Pillay, the UN
High Commissioner for Human Rights, asking her to prevent KPS Gill
from entering the United Nations Human Rights Council. They say
instead that Swiss authorities should arrest and try him for crimes
against humanity.

Courtesy: Newsblaze.com
Posted by Mai at 3:53 AM 2 comments: Links to this post 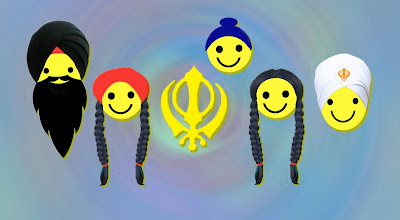 Created by me for The Sikh Philosophy Network
Posted by Mai at 3:01 AM No comments: Links to this post