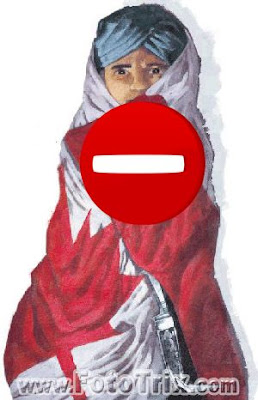 Canadians - If you have family members abroad who may wish to immigrate to Canada, you must fight against this ugly, racist bill! Budget Bill C-50 sounds innocuous, but it is very dangerous and, if passed, could tear immigrant families apart!

If there is any way you can get there, go to Toronto on Wednesday and participate. Get involved. The family you save will be your own!

From: The Sikh Activist Network (SAN)

Please come out....we need numbers to make the message loud and clear....this is a direct threat and attack on the Sikh community as well as all other refugee and migrant communities.

No One Is Illegal-Toronto calls on all supporters, allies, students,
trade unions, community members, and organizations, to join us for
a rally and deputation to protest the proposed amendments to the
Canadian Immigration and Refugee Protection Act and to demand that
Liberals exercise their power to vote to stop these damaging amendments
imbedded in the Budget Bill C-50.

While the Liberal Party has widely declared their opposition to these
regressive immigration amendments they have so far refused to vote
against them. It's time that the Liberals put their vote where their
mouth is.

A new motion to split the budget bill into two bills has been tabled
by NDP Immigration Critic Olivia Chow (Trinity Spadina). This motion
would allow the House of Common's Standing Committee on Finance to
study, alter, or remove the immigration portion of this bill. This
motion is not a confidence motion, which could result in the fall of
the government, unless the Harper Conservatives chose to make it so.
It is scheduled to be voted on this week in Parliament unless the
government uses parliamentary maneuvers to prevent it from moving
forward.

Join community groups as we present MP Bob Rae a giant ballot to
demand that he and his fellow Liberal members exercise their power to
vote.

The changes to the Immigration and Refugee Protection Act (IRPA) that
Harper 's Conservative government tried to sneak through the House of
Commons via C-50 (the budget implementation act) will give enormous
powers to the Minister to decide which categories of immigration
applications will be processed, and which would be ignored or
discarded. It will also limit several kinds of applicants based on
humanitarian and compassionate grounds that Canadian sponsors can use
to bring their relatives into Canada. The Minister will also gain
extraordinary powers to deny visas to those who meet all the
immigration criteria.

For more info contact No One Is Illegal-Toronto
nooneisillegal@riseup.net
toronto.nooneisillegal.org
Posted by Mai at 11:59 PM No comments: Links to this post 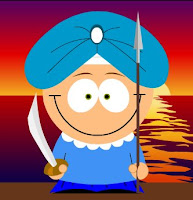 Maybe it shouldn't, maybe Mai has developed too much attitude (Mother to daughter: 'You'd better change your attitude right this minute, young lady, before I beat you to a bloody pulp!'), maybe she needs to develop more caution, but she came across this just as Vaisakhi was ending - and it made her smile! 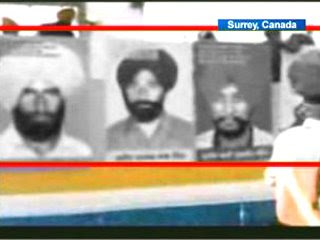 Assasins of Indira Gandhi hailed as martyrs in a Sikh rally in Canada (Picture at left)
In what can be described as a brazen challenge to the rule of law, Pro-Khalistanis held a Baisakhi day rally at the same venue as Punjab Chief Minister Parkash Singh Badal. On Monday (April 14) a Sikh rally near Vancouver in Canada to mark Baisakhi, had raised the hackles of the Indian government. That's primarily because, at this gathering of no less than one lakh people, the assassins of Indira Gandhi were hailed as martyrs.

This heightened show of Sikh separatist sentiment prompted an incensed New Delhi to turn to Ottawa for help. But the call for attention from a foreign government seemed all too ironic, when on the same festive day -- Sikh defiance raged in India's own back yard. At thee rallying grounds of Palwandi Sabo in Punjab's Batinda district, imposing images of Khalistan movement founder Jarnal Singh Bhindanwale dominated the scenery. Provocative placards were conveniently ignored by state leaders, who were busy addressing their own gatherings at the same ground.

It was a grouse that was highlighted with a public honouring of the families of nine persons who had died in the anti-Dera riots during the last few months. Bhai Mohkam Singh -- Spokesperson, Khalsa Action Committee said, "In Punjab the Dera's are creating trouble and are robbing and killing people. We will fight against it." Parents of the nine person voiced pride and said, "We are proud to parents of men who tried to do targeted the Dera Sachcha Souda"

While it was a demonstration that didn't incite violence, it was clear attempt to open wounds that have barely healed. But it appears, the Punjab government prefers to remain in a blissful ignorance of these goings on. Sukhbir Singh Badal -- Working President of Akali Dal said, "I am not aware of any of this. We will look into it "

It's clear that the state's administration is following a policy of appeasement to prevent renewed tensions in the state. But this Baisakhi, it was a Sikh New Year resolution that these hardliners are determined to see out and it seems reviving Khalistani sentiment is their means that end.

Posted by Mai at 12:13 PM No comments: Links to this post