A GOAT MAKES A LION SHEEPISH

For the last few months, my creative endeavours have been mostly concerned with visual arts instead of writing. I’ve been working with Photoshop and gif and, most recently, with Windows Movie Maker. I have also been teaching myself to knit Estonian lace, an accomplishment for those with two usable hands. 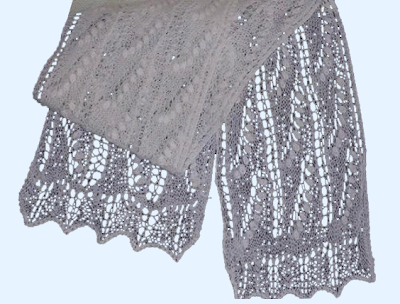 My writing has kind of fallen into the bin of things I just don’t make the time for. A couple of dear friends have really been pestering me to write something, anything. Today, there is a heavy rain and I feel like a change, so I will write about an incident on our lovely little farm many, many years ago when life was simple and generally a lot of fun.

I’m not sure I can write this. It’s about the funniest thing that ever happened to me and even thinking about it I can’t stop laughing. It concerns a grumpy, cantankerous nanny goat – they are all grumpy and cantankerous, but this one seemed to have some special chip on her goat shoulders – and a strong, dignified, self-possessed Khalsa lion who was always in control of himself and never let anything discombobulate him. 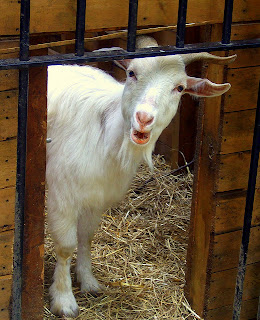 A lovely Saturday summer’s day on the farm. Mani had decided that I needed a break from my usual routine and that he would milk the goats. I admit I wasn’t too sure that that was a good idea. Mani was a great doctor and very good at doing almost everything, but he was a city boy right down to his cellular structure and the farm was an alien environment to him. I was, of course, raised in the city, but parts of our summers in India had been spent on the family farm, always a welcome relief from the filth of the city. I sort of caught the farming bug then and felt at home on our little farm.

Back to milking the goats. Mani, of course, looked perfect. He had decided to play nihang, I guess, and was wearing a blue chola and a perfectly tied turban. I knew the goats wouldn’t be impressed, but, to be honest, I was. He always – almost always – impressed me. So he took the milking bucket and all 6’ 3” (191 cm) of himself out to the barn. 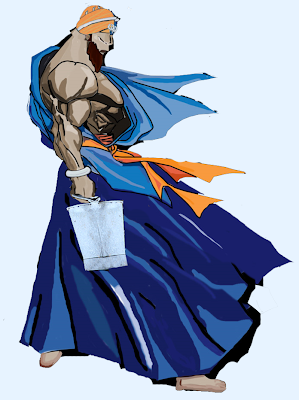 I sat down in the kitchen to work on my knitting and enjoy a cup of tea and some homemade bread and jam.

For a time all was peaceful. I could hear the happy little birds chirping and the sound of Sandeep and Rosa’s kids playing happily in the back ground when—

Mani came running full speed into the kitchen, screaming as I had never heard him scream before, in a complete panic – (Sorry, I have to stop for a laugh time) – “Shut the door! Shut the door!”

[Freeze frame] Before I continue with the action, I must describe my thoroughly discombobulated husband. His chola had somehow come completely open, his turban was loose and disheveled and goat milk – my wonderful goat milk – was dribbling from his drenched beard. What milk had managed to make it into the bucket was slopping and spilling all over the floor.

I couldn’t move. I couldn’t shut the door. All I could do was laugh helplessly. Normally I am a kind person who wouldn’t just laugh at someone in such panicked distress, but this was my imperturbable Mani, the always calm, always perfect Mani Singh with goat milk dribbling down his beard onto his naked hairy chest.

[Resume action] Immediately behind him ran one very determined nanny goat. Determined to catch him and do God-only-knows-what to him. Needless to say, I could not close the door. I was laughing too hard. I think ROFL had not yet been invented, but I was laughing so hard that I was bent over double, unable even to breathe, and actually fell out of the chair onto the floor. ROFL. So there I was, helplessly laughing on the floor – which by now was slippery with goat milk, my husband first glaring down at me and then at the goat and one nanny goat standing, smiling triumphantly at the whole scene. “If you can stop laughing long enough, get that damned beast out of our kitchen!” Poor Mani just didn’t see the humour of the situation yet. (He would later, of course.) I struggled to my feet and slid over to the goat while Mani made his way to one of the chairs. He was almost there to safety when he slipped and that whole big body crashed to the floor. He grabbed at the table and managed just to catch the end of the tablecloth, pulling jam and bread and tea onto his prostrate body. I am sure that someday, in some remote corner of hell, I will pay for this, but I couldn’t resist saying, “Lo, how the mighty are fallen,” as I picked myself up. The goat meanwhile had started nibbling at a flower pot on the counter and had pooped on the floor. I managed to get her out of the kitchen and back to the barn. She liked me well enough and I suppose that she was content to return home, having had her triumph.

Still barely in control of myself, I quickly ran back to our house, to the kitchen, hoping to get to a camera before Mani regained his senses. I was too late. He had already run off to the shower. Not before disposing of the goat poop, though.

I started to clean up the mess, leaving him to nurse his wounded pride. After a time, he returned, looking again like Mani, calm, self-possessed and all that, although he was very, very red from blushing embarrassment. Rather sheepishly, he insisted on finishing cleaning up the kitchen, which was very sweet of him. I made another pot of tea and ate my jam and bread and knitted and burst out laughing every time I even glanced at him.

Two things I learned from this:

Posted by Simayanan at 9:43 PM 2 comments: Links to this post