I am on hiatus, but this story just begs to be told.  So much tragedy on our last trip to India.  It wasn't all tragedy, though.  There were some funny moments that have tended to become lost amidst the blood and guts and glory.  This is one such moment.
****************************************
Twenty-six years ago almost to the day, three very weary Sikhs landed in the Delhi International Airport.  The three, a man of 43, a woman of 34 and a boy of 13, really just wanted some quiet sleep after two days air journey from Montreal.  We three, of course.  I'm sure we looked less tired than we actually were.  Mani and Sandeep were both in bana, I was wearing a red silk Punjabi suit.  We looked very, very Sikh.  Mani was his usual 188cm (6 ft, 2 in) self, straight back, striding through the airport as if he owned it.  Sandeep - with a beginner's mustache, quite attractive and a few stray strands of hair on his chin, already taller than his 152 cm (5 ft.) mother - and I  trotted along beside him. Neither Mani nor I of us had been to India since the summer of 1969 and we didn't know what we would find.  It was Sandeep's first visit.  We knew, of course, about the tensions between us Sikhs and Indira's government and were very much aware of -  and supporters of - the Khalistan Movement.  We had even hoped that we might somehow be able to meet Sant Jarnail Singh Bhindranwale ji.   Still we were unprepared for the feeling of coldness, even slight hostility toward us.  Nothing we could quite put our fingers on, but definitely something unpleasant in the air.

As we walked quickly through the airport, a weaselly little Hindu kept running alongside us barely able to keep up, jabbering on and on about, "It's 12 o'clock, Sardar."  No ji. 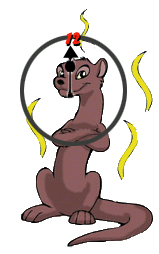 It was a bit annoying, but we ignored it and just kept going.  Finally, the gnarly weasel stepped directly in front of Mani.  I have to say this about the little creep, he had guts.  "He looked up at Mani, directly into his eyes, and said, "What do you think you're going to do?  Who do you think you are, anyway?"  Or something very close to that.  I gasped;  even Sandeep was taken aback.  I knew Mani was tired and might well lose his temper.  His left hand was on the hilt of kirpan and a scowl was on his face.  The weasel seemed to relise that he had made a mistake.  Others, too, noticed what was going on, and our immediate environment became very quiet.


Mani was Mani.  He threw back his head and began singing, very loudly,

Oh the trumpets of glory
Now call me to ride,
Yes, the trumpets are calling to me,
And wherever I ride,
Ever staunch at my side
My squire (one arm around Sandeep's shoulders)
and
my lady(the other arm around my shoulders)
shall be!
I am I, Don Quixote
The Lord of la Mancha
We caught on and joined him in the song:


Our destiny calls and we go!
And the wild winds of fortune
Shall carry us onward,
Oh, whithersoever they blow,
Whithersoever they blow,
Onward to glory we go!
By now, the weasel was groveling in front of us, shaking, obviously terrified.
But Mani wasn't finished.  He tossed back his head and bellowed:
BOLEEEEEEE SO NIHAAAAAAAL!!!!
For a split second, I was about as scared as the weasel , half expecting the cops to roughly arrest us or possibly herd us on the next plane back to Canada.  Nothing could have prepared me for what actually happened.
Loudly, from all sides, came the response,
SAT SHRI AKAAAAAAAAAAAL!!
Mani gave a last look of contempt at the little Hindu, by now just quivering jelly on the floor and tossed a coin at him.

Sandeep, very quietly, whispered at him, "Khalistan Zindabad."  I have often wonder how this whole incident sounded when told from his point of view.


We continued on through the airport, singing loudly that we were all Don Quixote, the Lord of La Mancha going onward to glory.
Even at the time, it felt like being in a very silly Bollywood movie.  Looking back, it seems even funnier than it was at the time.  I guess it could have gotten very serious if the officials had decided to make an incident out of it, but someone was watching over us, I guess, and there were no bad repercussions, just a lot of giggles.
So those of you who know me well and have heard me burst out with "I am I, Don Quixote..." for no apparent reason now know the rest of the story.
The section with that contains the "I Am I" song  that we sang starts 2:11 at in the following video, the song itself starts at 8:52 (fortunately, Mani did not drop dead while singing).  Please listen and imagine the three of us and the weasel at the airport.:

The video is from the 1972 movie, The Man of La Mancha, which I highly recommend.  The song, "The Impossible Dream" has been an important part of my life since I first heard it.  The woman who plays my part is the very lovely Sophia Loren at the height of her beauty.

"What is illness to the body of a Knight Errant?
What matter wounds?
He rises where he has fallen and
WOE TO THE WICKED!!"
Posted by Mai at 11:42 PM 7 comments: Links to this post