I have lectured you long and hard about the evil of female foeticide. Today, no lectures, just two articles and a few pictures.
First the Shame (from The Sikh Times):
Sikhs gave women equality but still abort female babies

Whilst the initiative to have a National Day to save Girl Child is to
be applauded, one cannot help but be saddened that today's modern
Sikhs who were given equality for women over 500 years ago should
have to be reminded of their evil actions. 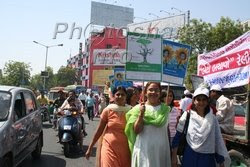 In the last decade of 10 million girls have been aborted, shamefully
the ratio of girl boy is declining in Punjab the home for Sikh is
declining as we speak.

Even though the practices of scans that are to determine the sex of
the child are illegal*, they still are able to perform these activities openly.

Some Sikh media even today carry adverts encouraging parents to have
scans that allow the parents to know what the sex of their unborn child is.

And if it is a girl then the parents without a second thought visit
an abortion clinic and this baby just becomes another statistic. 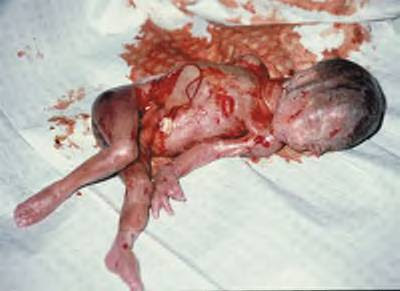 A school in Punjab organised a rally where students and Teachers of
Govt. High School Machhli Kalan, District Mohali in Punjab, took part
in a rally in favour of the girls rights on the eve of National Day
to save girl child.

Boys and Girls carrying banners and posters about girls rights,
condemning girl feticide and other discrimination related to girls,
took out procession the village streets. They were raising slogans to
protect girls right.

Villagers curiously viewed, supported and praised the initiative of the school.
> 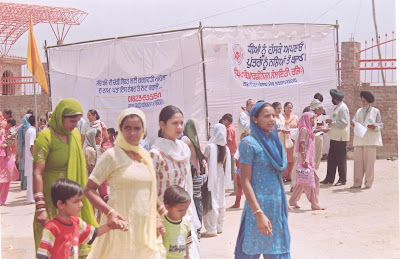 *illegal in India only. Legal in Canada, UK, USA, Australia and elsewhere where abortion-on-demand is legal

And the Progress: from Tribune India

Mandi Ahmedgarh, January 9, 2009
The age-old method of social boycott as punishment will now be adopted by residents of Daad village, who today took a lead in fighting a battle against female foeticide.

The villagers, in a function organised by the Guru Gobind Singh Circle, today vowed to socially boycott those supporting female foeticide in any form. 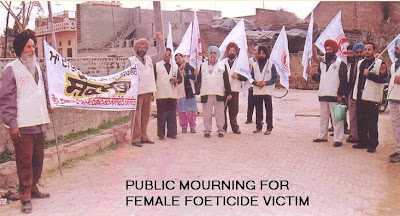 After taking the vow, the villagers announced to boycott families forcing their women carrying the female foetus to terminate pregnancies and their facilitators on the conclusion of a seminar held at Gurdwara Sangat Patti Daad today.

Sarpanch Gurdev Singh presided over the seminar and Satnam Singh Sallopuri, director, Youth Services of the organisation, was the chief guest. 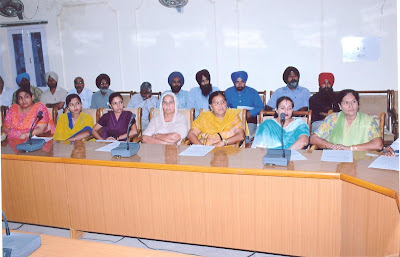 Addressing the gathering, various speakers regretted that a large number of families had been going for termination of pregnancies by exploiting medical technologies which were invented for knowing disorders of foetuses.

Members of the elite class, including physicians, were among the facilitators of sinners better known as "kuri maars" (daughter killers), rued the speakers. Though there was a provision for punishment for violators of the PNDT Act, the administration had failed to implement the act in letter and spirit.
> 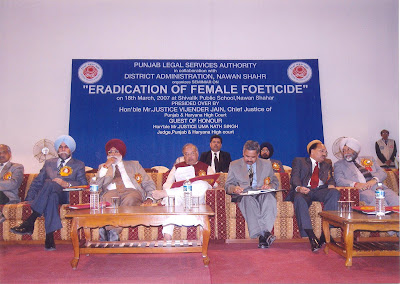 According to Dr Varinder Singh, director, Bhai Gurdas Archives and Research wing, and Dr Pushpinder Singh, the organisation had decided to involve office-bearers and activists of other social and religious organisations so that the evil of female foeticide could be eradicated from the root.

Claiming that residents of this part of Malwa were enthusiastic to curb the menace, Varinder asserted that identification and isolation of the sinners was the need of the hour. 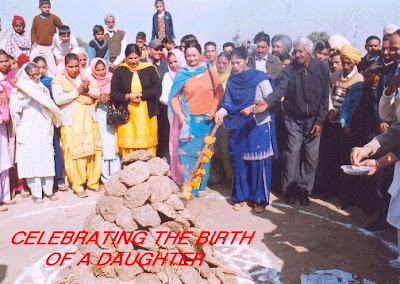 The organisation has drafted an extensive programme for educating masses in general and Sikhs in particular about the deleterious effects of gender imbalance.

Besides organising seminars at public places, special teams of experts will arrange workshops for couples and their parents separately.

Note: I gleaned these pictures from various sources. None appeared in the original articles.