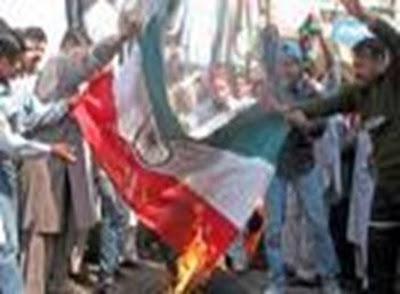 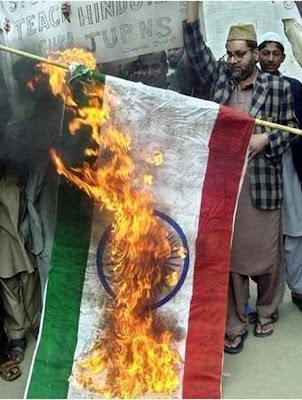 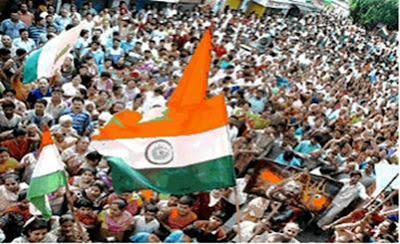 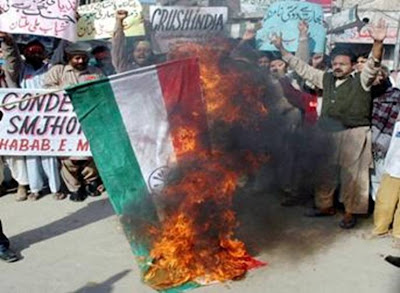 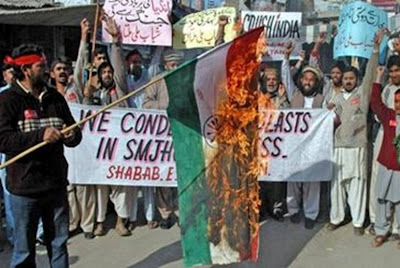 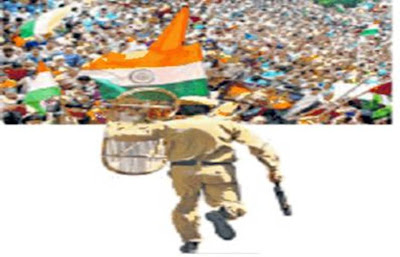 One day when he was about five or six as I was tying up his hairs, our son Sandeep made a request. It went something like this:

Usually this was our special time together when he and I discussed whatever was on his mind. That morning, he was acting a bit distant and distracted. Clearly he had something on his mind. 'Mata Ji, I have a question.' That told me he was very serious. Usually I was mommy or mum.


I stopped my combing and looked at him.


'When you and Papa Ji can't figure out something, you ask Guru Ji, right?'


'And it's like Guru Ji is really and truly talking just to you?'


'Yes, it's really wonderful. Not always easy to understand, but always to the point if you think about it'


'Can I do that?' He was so young, but he had been taught Gurmukhi for years and he could read it quite well, better than his French or English, in fact. (Remember we lived in Quebec, hence the French.) I wasn't sure how well he could understand all the meaning - after all, he was still a little boy - but certainly he was capable of reading it. He stopped a moment. 'I mean, MAY I do that?'


'You want to take a Hukamnama? I suppose you're knowledgeable enough to do it. And I know you love Guru Ji. Certainly.' I couldn't help but wonder what was so very important to him.


He sat impatiently while I finished his hairs and tied his patka. Then jumped up, ran to the bathroom, washed up and headed straight to Guru Ji's room. I had trouble keeping up with him. So there he was standing there on his tip-toes, still not quite tall enough to open and read. I got him a little stool. He smiled and jumped up on it. 'Perfect!'


I stood there a moment beside him. 'Would you like me to help you?' He gave me that 'Mommy, puh-lease' look. I reluctantly walked away and sat down clear across the room from him. He closed his eyes for a moment, then reverently uncovered Guru Ji, gently opened him and began his reading, punctuating now and them with a soft, reflective 'hmmm.' After some time, he closed Guru Ji, recovered him, carefully stepped down from the stool, made a matha tek (!). 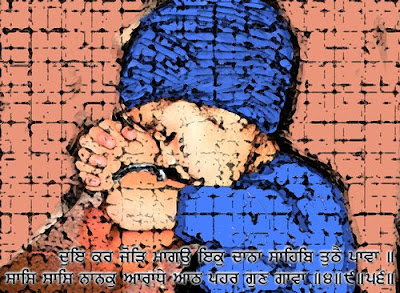 For the first time, he looked at me. His eyes were shining and his expression was a rather serious-looking smile.
I was dying of curiosity, of course, but only asked, 'Did you get your answer.'
This time a broad, happy grin. 'Oh, yes! Of course!'
Something stopped me from asking more. This was between his Guru Ji and him.
He ran off without saying anything more.
When Mani came home, I told him what had happened. He beamed. 'So Sandeep took his first Hukamnama! So young. And he seemed to understand. What was he asking about?' I admitted that I hadn't a clue.
When Sandeep came in, Mani said that I had told him that he had taken a Hukamnama that day.
That broad, beaming smile and those big, glowing grey eyes. 'Yes. That's right. You know, Guru Ji is wonderful. He really knows what he's talking about.'
And that was that. Every day, I waited for him to volunteer was this was all about. Not a word. Not a clue.
That was this first of many discussions that Sandeep had with his dhan, dhan Guru Ji. Usually he would discuss it with me or his dad, but not this first one. I never did find out what he had asked about, what was on his mind that day. It was just between him and his Guru..
For a very funny read about patkas, go here. Really! It's worth a click!
Pictures of child praying courtesy of Simmal Tree.
Posted by Mai at 2:20 PM 2 comments: Links to this post