After, Tytler was given a clean chit, this article appeared in The Times of India. It is followed by my response, first published in slightly different form in the Gurmat Learning Zone. 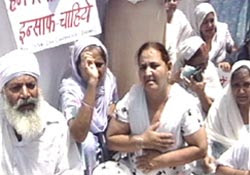 Ludhiana, April 3
Veeran (70), a victim of 1984 riots, has consoled her seven daughters
all these years saying that justice would finally be meted out to
them. She had lost her only son and two sons-in-law to the riots. She
is speechless since yesterday and does not know how to face her
daughters after years of reposing their trust in the CBI. 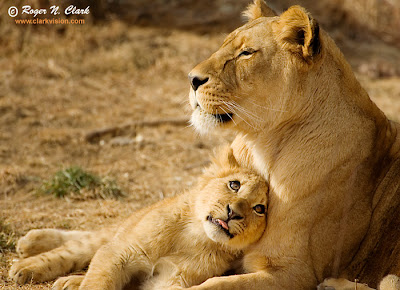 Agency's clean chit to Jagdish Tytler yesterday not only scratched
their wounds but also rubbed salt on them. "We somehow survived the
riots, lived with the loss of our breadwinners, hoping it would be a
balm on our wounds. We are more hurt today not for the fact that we
have been wronged but because justice eludes us," said Veeran.

She had fled from her house in Tilak Nagar in New Delhi during the
three fateful days along with her daughters and took refuge in a
local gurdwara. She lives in state's biggest colony of 1984 riot
victims, who echoed their sentiments to a The Tribune team today.

With tears in their eyes, they narrated their horrid tales of 1984.
"Burning tyres were put around the neck of our men. The girls were
chased, kidnapped, raped and killed. Bodies of many girls were not
even traced," said Harbans Kaur, who lost her brother-in-law and four sons.

"When the inquiry was ordered, we had a sigh of relief that the CBI
would deliver justice. Now, I am certain the CBI sleuths, too, work
under the wings of AICC supremo Sonia Gandhi. We are totally broken,"
Surinder Singh, a victim.

Later, they burnt an effigy of the CBI and blocked traffic on the
southern bypass. [Note by Mai: We burn effigies, they burn US!.

I read this today and nearly cried. I need to write to my sisters, fellow survivors of this horrendous experience. 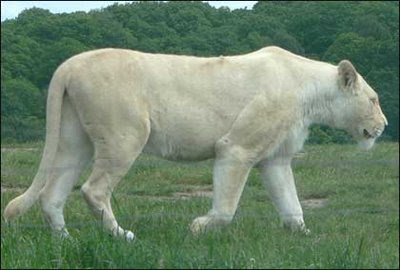 My dear, beloved sisters (and brothers, too),

I am sure some of you who are readers of this blog will read this. Even though you are silent, I know you are there. Nearly 25 years ago, our worlds were shattered, our families tortured and murdered before our eyes, all that we loved bloodied and destroyed in a few days of madness. But, stop! Not everything we loved was destroyed. We have proven ourselves to be true Singhnis and Kaurs, worthy to be called "Lioness" as well as "Princess." We have proven that we are spiritual descendants of our Sikh foremothers, that through Guru's kirpaa, we can be as strong and as tough as is necessary.

It has been hard, harder than can be explained, even for me, and it was much easier for me than for most of you. I had the country of my birth, Canada, as a refuge, with a sorrowful affluent family to shelter me from most of the physical, and many of the emotional, hardships you have faced. You were left, not forgotten, but not properly cared for and honoured as the mothers and daughters and wives of shaheeds, as well as heroes in our own right.

For all these years, we have cried for justice, for those who instigated this bloody pogrom to receive the punishment they have so richly earned. It looked as if we would finally, finally, get the satisfaction of seeing at least one of our tormentors pay for his misdeeds. It seems as if that is not to be. Today we are hurt, angry, devastated. How could this happen? Corruption? Bribery? Ineptness? Something else? I do not know.

But this I do know. My sisters, we are Sikhs! We do not give up. We do not give in to despair. I feel the pain of Bibi Surinder Kaur ji when she exclaimed, "We are totally broken." I know it feels that way. But the broken can be mended and, perhaps, become stronger than before. There is a lot of truth to the statement, "What does not destroy me, makes me stronger." We are not destroyed. We must dig deep into ourselves and, especially those of us who are Khalsa, find that infinite well of chardi kala that is the gift of Guru Gobind Singh Ji Maharaj, our beloved Guru Papa Ji.

My sisters, make noise! Make a lot of noise! Block traffic! Burn effigies! Make a huge stink so these people know that, while they can kill these mortal bodies, they cannot destroy us and they ca

nnot touch the spirit of chardi kala that burns within each of us. We must hold each other up and freely share our strength with each other. Never let those who seek to destroy us forget that the Sikhs, both Kaurs and Singhs, are here and we won't disappear. And we won't be ignored.

I firmly believe that everything that happens is the Hukam of Vaheguru. I rarely understand why this or that happens; Akaal Purakh neither consults nor explains its Hukam to me. I am not in charge. I can only do what I see to be right to the best of my ability. This I know for certain, although evil flourishes around us, this is not our destination. This is not our home. Every day, each of us, wherever she (or he) is on this great journey, moves closer to the day when when we are re-united with our Husband as the unblemished bride.

So, my beloved sisters, this great injustice is just a temporary setback, not a defeat. We m

ust pick up the broken pieces of our lives and the pieces of our broken hearts and carefully glue them all back together with the superglue of chardi kala. We are loved. We are strong. We are Kaurs.

W3I: The Sad And Disgusting Affair Of Jagdish Tytler - Part One

I wrote this yesterday and, upon showing it to some friends, it was strongly suggested that some of what I had written could, perhaps, be problematic. I have edited out those parts. Please note that this is not censorship; I have voluntarily removed these.

Let me digress from Tytler's case for a moment and give a short course in US Constitutional law. The First Amendment to the US Constitution, the beginning of the Bill of Rights reads:


Congress shall make no law respecting an establishment of religion, or prohibiting the free exercise thereof; or abridging the freedom of speech, or of the press; or the right of the people peaceably to assemble, and to petition the Government for a redress of grievances.

These rights are very broad and have been very liberally interpreted by the US Supreme Court. In the USA, where I currently reside and to whose laws I am bound, the "freedom of speech," which is interpreted as "freedom of expression" is very liberal and taken very seriously. Hate speech is "protected speech," even the burning of the national flag is, legally, "protected speech." Hurting the feelings of any community is "protected speech." I believe that a public blog, such as this one is, is also protected as "freedom of the press," equally liberally interpreted. Even most pornography is legal, although there are rather strict limits to broadcast TV and non-pay radio - called the "public airways." So I have two Constitutional protections to protect me. I am free to say almost anything.

A friend of mine in Punjab has described the feelings of the people there. Here is an e-mail I received yesterday morning:


waheguru ji CBI gave clean chit to TYTLER.. y this is so ji, such a
corrupt country.. no one our side.. dear ji wat wl happen nw.. is
this hukam of waheguru ji..

Evidently, many are in a state of shock. Bleeding Punjab continues to bleed. We are crying, crying tears of sadness and pain, of course, and also tears of anger of rage, of frustration. We must not let our emotions overwhelm us. We must act rationally and calmly. After, we are looking for, in fact, demanding justice. Our people continue to be mocked by the Government of India, in this case by the CBI. I am no expert in the Laws of India, so I must ask, "Have we really tried every peaceful means of bringing this criminal to justice? Is there nothing further to be done?" These are honest questions. What are the answers?

We believe that this [man] is responsible for the deaths of many of our people in and around Delhi in November, 1984. As most readers of this blog will already know, the dead include all of my immediate nuclear family, as well as two brothers and some cousins. We have been waiting nearly 25 years, not waiting patiently, but waiting.


Now this. And these two [people]. Jagdish Tytler and Sajjan Kumar are on the Congress Party ticket. I wonder at the sanity of any Sikh who would vote Congress with those two standing for office. (Of course, my own sanity has been questioned by those opposed to the establishment of Khalistan, but that is not relevant here.) 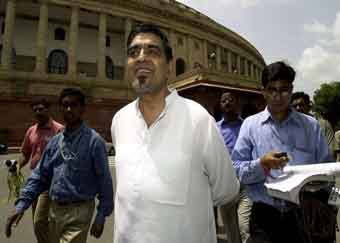 Can you believe that this Jagdish Tytler is gloating. Look at the look on his face. He says he is "happy that the truth has come out." I wonder what definition of "truth" he is using. Of course he is happy. He dodged a bullet on this one. Or did he? Bribery, I am told, is common in such cases. He even claims, according to the Times of India, that Sikhs have always voted for him. Is he insane or are we?
Posted by Mai at 2:42 PM 1 comment: Links to this post