Back To Reality - Torture and Shoes

Now that we've all had our fun laughing at shoes being thrown at George W. Bush, each of us vicariously enjoying throwing those shoes at him, let us turn our attention to the gentleman who actually did the deed for us! Our hero is not only under arrest, but evidentally has been tortured.

Read on, from al Jazeera Magazine...


Security agents have broken the arm and ribs of al-Zaidi, a reporter who hurled his shoes at President Bush on Sunday.


Security agents have broken the arm and ribs of al-Zaidi, a reporter who hurled his shoes at Bush during a press conference Sunday in Baghdad.

"He has got a broken arm and ribs, and cuts to his eye and arm," the reporter's brother Durgham told AFP on Tuesday.

"He is being held by forces under the command of Muaffaq al-Rubaie," he added.

According to Durgham, his brother was being held by Iraqi forces in the heavily fortified Green Zone compound in central Baghdad. 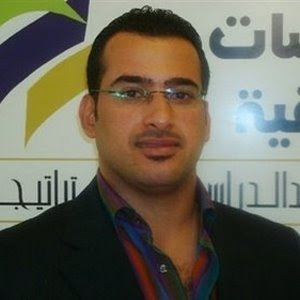 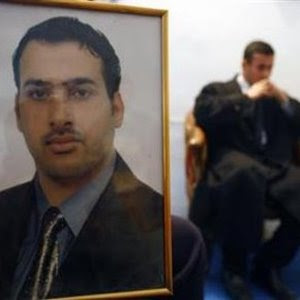 His employer, al-Baghdadiya television, also reported that al-Zeidi had been "seriously injured" and called on the government to allow lawyers and Red Crescent representative to visit him.

The 29-year-old Muntadhar al-Zaidi, a correspondent for al-Baghdadiya satellite channel, threw his shoes at the US President George W. Bush during a press conference on Sunday, shouting "This is a goodbye kiss from the Iraqi people, dog!"

Bush inked an interim security agreement with Iraqi Prime Minister Nouri al-Maliki during his farewell visit to Baghdad in a bid to extend the presence of US troops in the war-ravaged country.

Posted by Mai at 9:53 PM No comments: Links to this post