...No Doubt The Universe Is Unfolding As It Should.'

Mai is tired. Very, very tired. Maybe a little overworked. She maintains 7 (seven) blogs, 3 public, 4 private on top of all the usual stuff of life.

I care deeply about all these people and situations I write about. The Singhs: Laibar, Sukhvir, Gurinder, Sarabjit,...and The Kaurs: Parveen, Rajvinder, Sarita,...And the Causes: Darfur, Burma, Tibet, Gaza, and, of course, KHALISTAN. (Note, I haven't yet gotten around to writing about Tibet, but as soon as I get some good pictures to share...) And, of course, the occasional piece of hate mail. (Not much, thanjfully.)

I really needed a pick-me-up today, a little something maybe a bit personal. Funny how the universe is ordered. First I got that lovely, lovely comment published in the previous post. Then this arrived from a friend. Yes, that is exactly what I need. And come to think of it, I am feeling a little squirrelly...I am going to lie down and take a nap. Folding the laundry and washing tthe dishes will just have to wait.

This is what you need today!!! 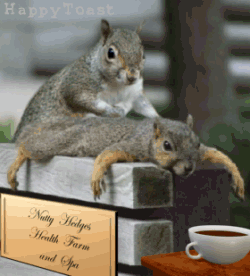 
WHY TRY TO FIT IN?
YOU WERE BORN TO STAND OUT!

Posted by Mai at 4:14 PM No comments: Links to this post

I actually have something a little more personal to report about Brother Laibar Singh Ji!

I posted a link the article from the BC Local News on my facebook Posted Items list:

It contained this picture 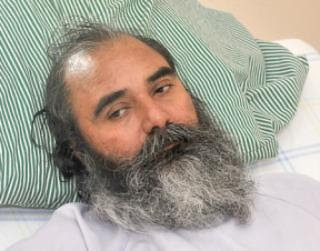 Brother Laibar Ji, I am pleased to see you have grown your kesh. Now, please, this is embarrassing. Please cover it properly. (Nice beard!)

Today, a young woman (I won't as yet mention her name, as I haven't gotten her permission) left this comment:

Just in case people didn't know...Laibar Singh Uncle Ji always had kesh..he had the most beautiful hair and a beautiful dhari..but when he was ill the nurses cut it off bc it was tooo hard for them to clean and maintain it..but he had a really sweet Apni nurse who use to..but then she was no longer there..so the other nurses cut it. He also wore the same Kara for approximately 25 years..but when he was hospitalized..they had to take it off...or cut it..something like that..he misses it a lotttt! I'll get him one shortly. He is very happy being back at Abbotsford and thanks all the Sangat and people on a daily basis for supporting him. WAHEGURU.And he wore a dastar yesterday..he was glowing! WAHEGURU.

Bhenji, thank you so much for this note. I didn't know about his kesh, that's so sad...I, too, wore the same kara from 1984 to 2006. It had to come off twice during that time, both times to go into an MRI after a stroke, but mine was put back on.

We know so little about Brother Laibar Ji as a person. The newspaper articles seem to see him either as a pest or a cause. Any little bit of information like this is valuable. In fact, I intend to post your comment on The Road To Khalistan (http://roadtokhalistan.blogspot.com) to share with my/our readers. Please get him that kara at once! I am so happy that he is back in a dastaar. I know it's hard when he's lying down so much, but it has to be a great morale booster for him!

And please tell him not to believe reports that the Sangat has deserted him. Big names really seem to blow a lot of hot air, but he still has the support of many of us 'little' people.

Many of us have little money, but big commitment.

We/I appreciate his thanks and will hold it close to my heart.

A big, hearty FATEH to him and lots of Chardi Kala!

A picture of him in the dastaar would be wonderful!!!

And now another response from Bhenji:

oh Thank you so much for the reply Ji
Yes..I know what you mean..I dont think he feels the sangat has deserted him..but he feels so powerless sometimes..and a great pain on people..but we tell him otherwise.
I dont know if you know but AHH..I love him so much, I see him all the time!

He is a bundle of joy...hes soooooooo appreciative..I cant even explain how much the thanks everyone. And the fact that he doesnt blame God for the situation hes in..some do that..but hes like well whats happened to me has happened to me..and im going to get better..because I believe I can and people tell me I can.
Hes the best! Love him to pieces. And I cant thank everyone enough for praying and being there for him...
it heals him :)
and I shall try to get a picture of him..and post it up soon..maybe within a few days.
Take care of yourself
And stay in Chardi Kala!!
WAHEGURU

I have often thought that probably the last thing this gentleman ever thought he would become was a 'Cause.' Life sends us funny twists and turns. I certainly never thought I would be writing and publishing a periodical that would be read by Sikhs - and a few nonSikhs - on every inhabited continent, written and distributed free of charge, with only minimal self-censorship to all and sundry. One certainly never knows where life will send us.

The Internet has opened doors for sewa that couldn't even have been dreamed of just a few years ago.

BTW, my name on facebook is Mai Harinder Kaur. If any of our readers would like to be friends there, that would be uber kaint with me!

This song just seems to fit:

HE AIN'T HEAVY, HE'S MY BROTHER

The road is long
With many a winding turn
That leads us to who knows where
Who knows when
But I'm strong
Strong enough to carry him
He ain't heavy, he's my brother

So on we go
His welfare is of my concern
No burden is he to bear
We'll get there
For I know
He would not encumber me
He ain't heavy, he's my brother

It's a long, long road
From which there is no return
While we're on the way to there
Why not share
And the load
Doesn't weigh me down at all
He ain't heavy, he's my brother

Posted by Mai at 2:53 PM No comments: Links to this post