Today, Inderjit Singh Reyat was released from prison on bail, awaiting trial on perjury charges. As anyone who knows me at all is well aware, I believe the government of India was responsible for the downing of Air India 182 and we Sikhs, including this gentleman were framed. Here is the story from our friends (?) at CBC. First, the video:
http://cosmos.bcst.yahoo.com/up/player/popup/?rn=3906861&cl=8742369&ch=4226714&src=news Sorry, I can't imbed it...maybe later, if it shows up on YouTube.

Then the article, where various other links can be found. 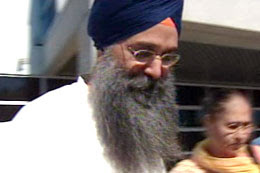 Inderjit Singh Reyat, the only person convicted in the 1985 Air India bombings, walked out of a Lower Mainland prison in B.C. Thursday after more than 20 years behind bars.

He appeared before a justice of the peace by video conference and agreed to the bail conditions set by the B.C. Court of Appeal.

His family reportedly posted a $500,000 surety for his bail.

Members of Reyat's family, including his wife and brother, greeted him emotionally outside the pretrial centre. Reyat is now at his wife's house in Surrey.

Inderjit Singh Reyat has served more than 20 years in jail for his part in building the bombs that detonated aboard Air India Flight 182 and at Narita International Airport in Tokyo in 1985, killing a total of 331 people. (Canadian Press) 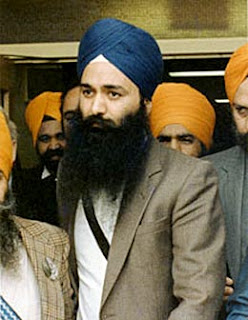 The B.C. Court of Appeal on Wednesday granted bail to Reyat.

Reyat was convicted of two counts of manslaughter for his part in building the bomb that detonated at Narita International Airport in Tokyo in 1985, killing two baggage handlers. He later pleaded guilty to manslaughter for his role in the bombing of Air India Flight 182, which went down the same day as the Tokyo bombing, killing another 329 people.

He faces additional charges of perjury related to accusations that he lied during his testimony at the trial of Ripudaman Singh Malik and Ajaib Singh Bagri, who were acquitted of murder in the bombings. The trial on the conspiracy charges is set for January 2009.

The B.C. Court of Appeal issued a memo on Thursday morning, saying any media organizations that want to obtain copies of the court order that contains the release conditions, or the reasons for judgment, will have to arrange a date for a hearing.

Before the court makes a decision about releasing the documents, it is expected to hear opinions from lawyers on both sides of the case on whether the public should be allowed to know what the bail conditions are.

The conditions are strict, but they will be kept secret under a publication ban until the judge decides otherwise, Oppal said.

Posted by Mai at 9:44 PM No comments: Links to this post 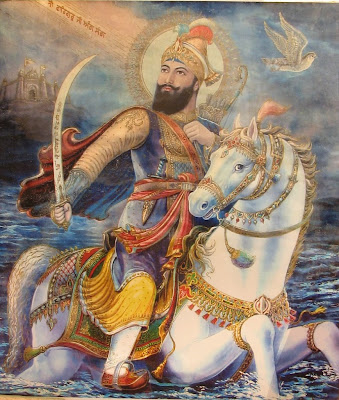 A lady I know, Namjot Kaur, just told me her story of Delhi 84.

It's bloodier, nastier and more unbelievable than ours, and I'd like to share it with you, at least the strangest part. So I start in the middle. 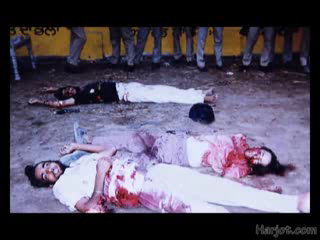 The mob forced the Sikhs in the house onto the street, including the women and children. They separated the males from the females and threw kerosene on the males. Inderjeet, her husband, knowing what was about to happen, drew his kirpan and cut their son's throat - he was just a little boy of 9. That angered the mob and they turned their total attention to him.

As they set him alight, a man appeared beside him, with his hand on Inderjeet's shoulder. Inderjeet didn't move a muscle, just stood there burning, staring at her and smiling. Just before he died, he shouted. "Bole so nihal," and his body collapsed on the ground. Then he and their son, who whose body had been at his feet, rose and embraced the man and they both disappeared.

While Inderjeet was burning, the man's hawk kept dive-bombing the mob, which seemed unable to move. After the men disappeared, the mob ran off, screaming in terror, leaving the remaining Sikhs in safety. Namjot is sure the 'man' was Guru Gobind Singh Ji, although he looked quite different from the pictures we see of him. This' man' was very rough-looking, a warrior with a full, bushy beard, not at all like the dandified pictures we see of Guru Maharaj Ji. The hawk, though, is a give-away. And the light around the apparition

I believe Namjot's story. I know Guru Papa Ji looks after his children.

There's much more to her story, of course, that's just the most dramatic part. I'm trying to convince her to write it out for this blog; I would even be willing to play Alex Haley to her Malcolm X, ie, I'm willing to ghost-write it, you know, as told to.

Chardi kala!
Posted by Mai at 8:48 PM 3 comments: Links to this post